Skip to content
Religie » Amish vs Mennonite: What’s the Difference? 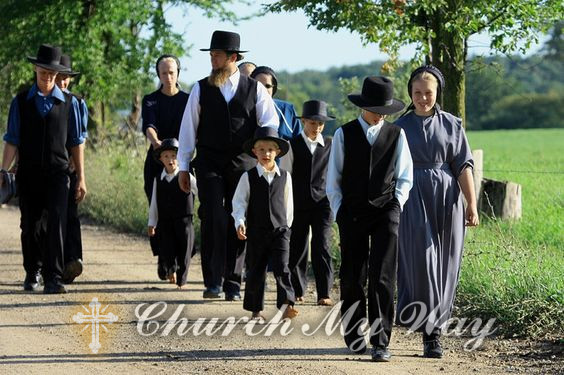 Amish vs Mennonite: What’s the Difference?

Amish vs Mennonite: When it comes to traditional, religious communities, the Amish and Mennonite groups are often mentioned in the same breath. Both groups trace their roots back to the Anabaptist movement in 16th-century Europe and share similar values centered around simplicity, community, and pacifism. However, despite these similarities, there are some key differences between the Amish and Mennonite communities that are worth exploring.

The most noticeable difference between the Amish and Mennonite groups is their level of technology usage. The Amish reject modern technologies such as automobiles, electricity, and telephones in order to remain focused on their religious beliefs and community values. On the other hand, Mennonites are more willing to embrace certain technologies that can make life easier, such as phones and tractors.

In terms of theology, the Amish remain more conservative than the Mennonites. They follow a strict set of rules set out in the Ordnung—rules that guide everyday life in the church and community. These rules are based on Biblical teachings and dictate everything from dress codes to work ethic to family relations. In contrast, Mennonites are less strict when it comes to their interpretation of the Bible, allowing for more flexibility in their lifestyles.

In terms of worship, the two groups have different approaches as well. The Amish typically hold worship in homes, while the Mennonites typically hold them in churches. This difference is reflective of the two groups’ different views on religious practices; the Amish prioritize a more intimate, personal approach to worship while the Mennonites prefer a more public gathering. Additionally, the Amish and Mennonites differ in terms of their stance on education. While both communities believe that education is important, they take different approaches to how it should be done. The Amish believe that education should be kept within the home, while the Mennonites are more open to sending their children to public schools or even colleges.

Ultimately, while there are some key differences between Amish and Mennonite communities, there is a lot of shared history and values between them. Both groups strive to live according to Biblical teachings and prioritize simplicity, community, and pacifism in their daily lives.

History of the Amish and Mennonite Communities 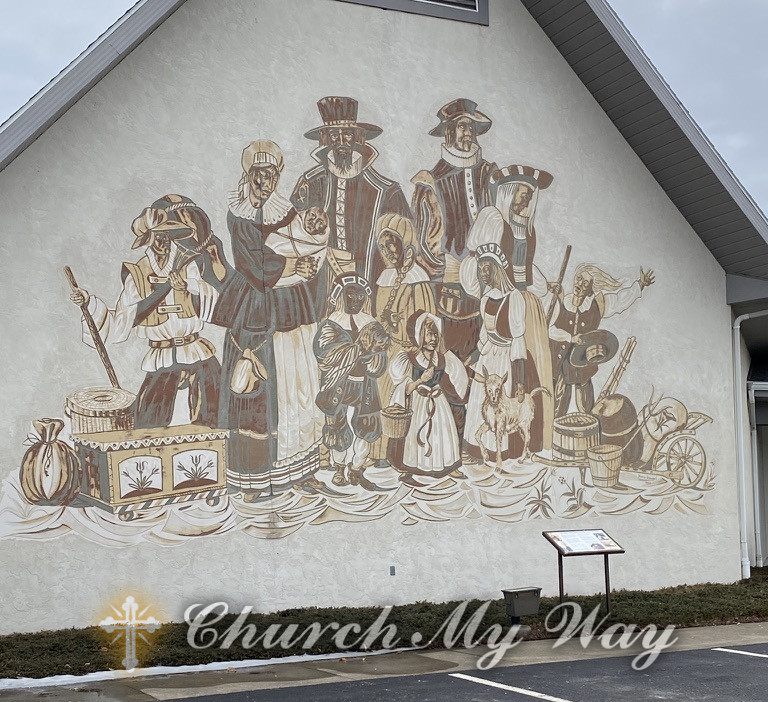 The Amish and Mennonite communities both have roots in the Anabaptist movement, which emerged in Europe during the Protestant Reformation in the 16th century. Anabaptists were known for their belief in adult baptism and their rejection of state-sponsored religion.

Differences in Beliefs and Practices 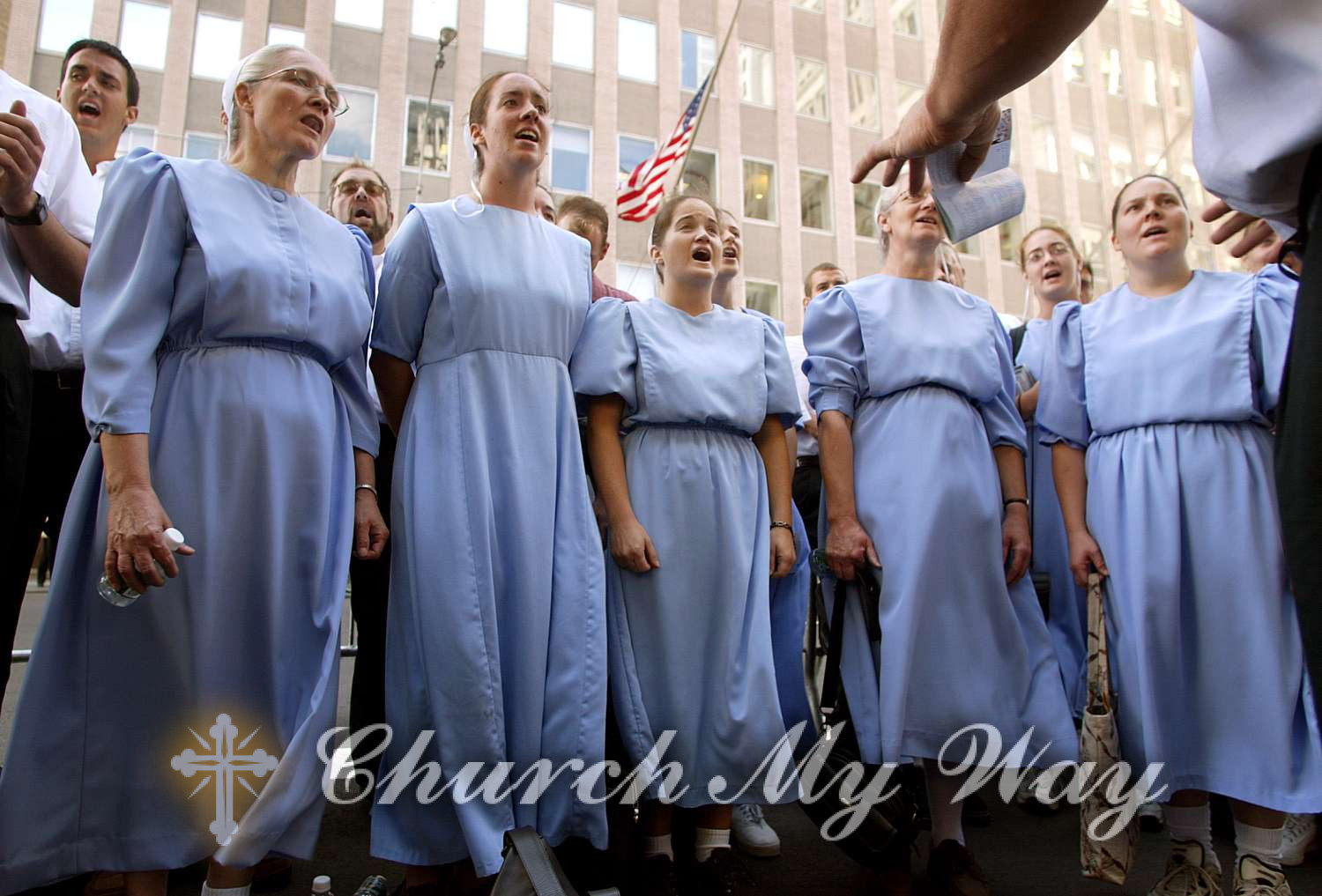 While both the Amish and Mennonite communities are rooted in Anabaptist beliefs, there are some key differences in their beliefs and practices.

One of the main differences is the level of separation from mainstream society. The Amish are known for their strict adherence to separation from the outside world, often referred to as “plain living.” This includes rejecting modern technology, such as cars and electricity, and adhering to traditional gender roles. In contrast, Mennonites generally have a more open approach to technology and are not as strictly separated from mainstream society.

Another key difference is the level of strictness in adhering to traditional practices. The Amish follow a strict set of rules known as the Ordnung, which dictates every aspect of their daily lives, including dress code, work, and leisure activities. Mennonites, on the other hand, have a more flexible approach to traditional practices and generally have a more relaxed dress code.

Differences in Community Structure and Organization

The Amish and Mennonite communities also have some differences in their community structure and organization.

The Amish are known for their strong emphasis on community and family. Amish communities are organized around church districts, with each district led by a bishop and a group of deacons. Decisions within the community are made through a process of consensus, with the bishop having the final say in disputes.

The Amish are deeply committed to their faith, and their religious beliefs shape every aspect of their lives. They strive to live in accordance with the teachings of the Bible, and their lifestyle is based on the principles of humility, obedience, and simplicity. Amish people believe that they should strive to be Christ-like in all aspects of their lives, and they take seriously the call to serve their fellow man. In addition to adhering to a strict code of behavior that is outlined in the Bible, Amish communities also have a strong sense of community. They share in each other’s joys and sorrows and look out for one another’s needs.

The Amish also place a strong emphasis on family. Marriage is held in high regard and is seen as a sacred covenant between a man and a woman. Family gatherings are often held in homes or at church events, and many Amish families enjoy spending time together working on various projects or playing games. Family is also seen as an extension of the church, and children are expected to adhere to the same standards of behavior as adults.

The Amish believe that by living according to the teachings of the Bible, they can achieve eternal life in heaven. They strive to be good stewards of their resources and seek to share God’s love with their neighbors. While they may not always agree with the beliefs and practices of other religious groups, they are committed to treating everyone with respect and kindness. This commitment to loving others has earned the Amish the respect and admiration of many people around the world. 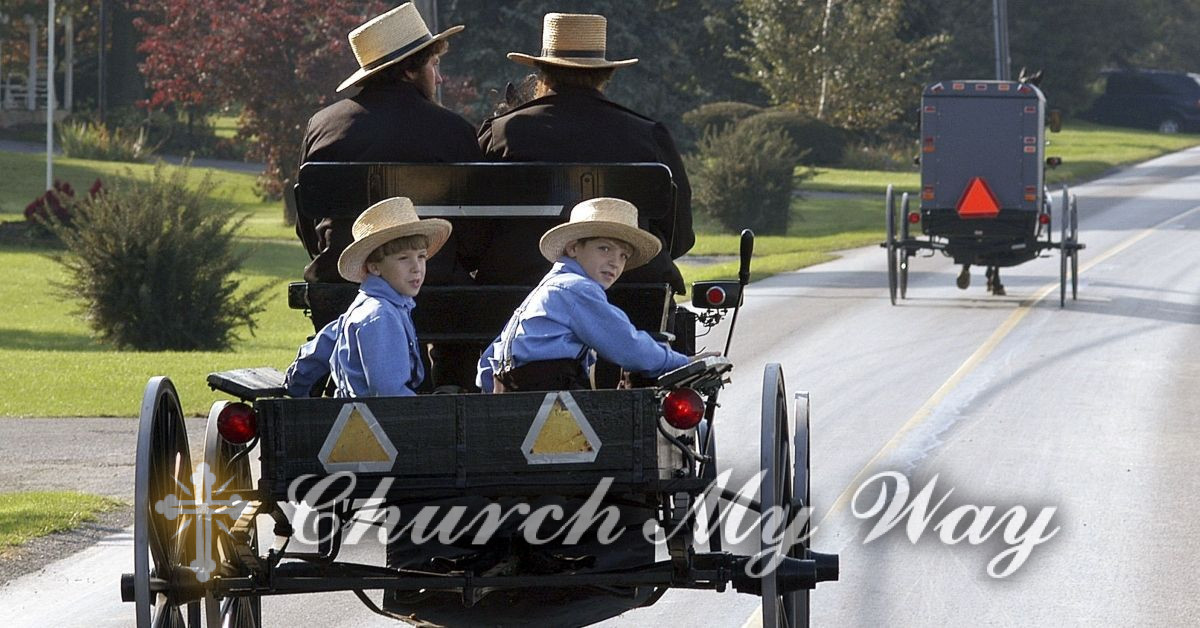 The Mennonite church has its roots in the Anabaptist movement of the 16th century, which sought to bring about reform in the Catholic Church. The Anabaptists were persecuted for their beliefs and many were killed for their faith. Despite this, the movement continued to spread across Europe and eventually to North America. Today, the Mennonite church continues to be a vibrant faith community with numerous churches and a variety of worship styles. Mennonites value simplicity, hospitality, and service to others, as well as a commitment to Biblical teachings. Many Mennonites also have a deep commitment to social justice and peacemaking, drawing on Jesus’ teachings of love and forgiveness.

Mennonites have also been heavily influenced by John Calvin’s teachings on predestination, which emphasizes the idea that God has preordained who will be saved and who will be damned. This teaching has led many Mennonites to emphasize personal holiness and faithfulness to God’s will in their lives. Mennonites also value generous hospitality, which is seen in the way they welcome strangers into their homes and churches. They are known for their willingness to extend kindness and compassion to those in need, regardless of their background or beliefs. This is seen in the way that Mennonites often open their homes to stranded travelers or those suffering from natural disasters.

Mennonites are also committed to living out their faith through service to others. They are known for their eagerness to volunteer for various charitable causes and for their willingness to help those in need, both locally and globally. Many Mennonites support relief efforts in developing countries and participate in mission trips around the world. The Mennonite church is an important part of the Christian faith, with its members striving to live out its core values of love, service, and hospitality. In a world filled with hardship and conflict, they strive to bring God’s presence into every corner of the globe.

Differences in Education and Vocational Training

The Amish and Mennonite communities also have some differences in their approach to education and vocational training.

The Amish place a strong emphasis on vocational training and practical skills. Amish children typically attend school through the 8th grade and then go on to learn a trade or work on the family farm. Higher education is generally not emphasized in the Amish community.

The Mennonite community, on the other hand, places a greater emphasis on education. Mennonite children typically attend school through high school and many go on to pursue higher education at universities or colleges. Mennonite colleges and universities, such as Goshen College and Eastern Mennonite University, offer a range of academic programs and are known for their commitment to peace and social justice.

Despite these differences in education and vocational training, both the Amish and Mennonite communities place a strong emphasis on living a simple, humble life and following the teachings of Jesus Christ. Both groups follow the biblical command to “love your neighbor as yourself” (Mark 12:31) and strive to live in harmony with their communities and the natural world.

While the Amish and Mennonite communities share many similarities in their beliefs and practices, there are also some key differences that set them apart. The Amish are known for their strict adherence to separation from mainstream society and their strict set of rules, while Mennonites have a more open approach to technology and a more decentralized structure. Both groups, however, are grounded in their faith in Jesus Christ and their commitment to living a simple, humble life in service to their communities and the world.

The Amish embrace a lifestyle based on traditional values and strict separation from mainstream culture. The Amish believe that the Bible is the inerrant word of God and should be followed at all times. They adhere to a strict set of rules, known as the Ordnung, which govern the way they dress, their use of technology, and their interactions with the outside world. They live in close-knit communities of extended families and their beliefs are passed down from generation to generation. 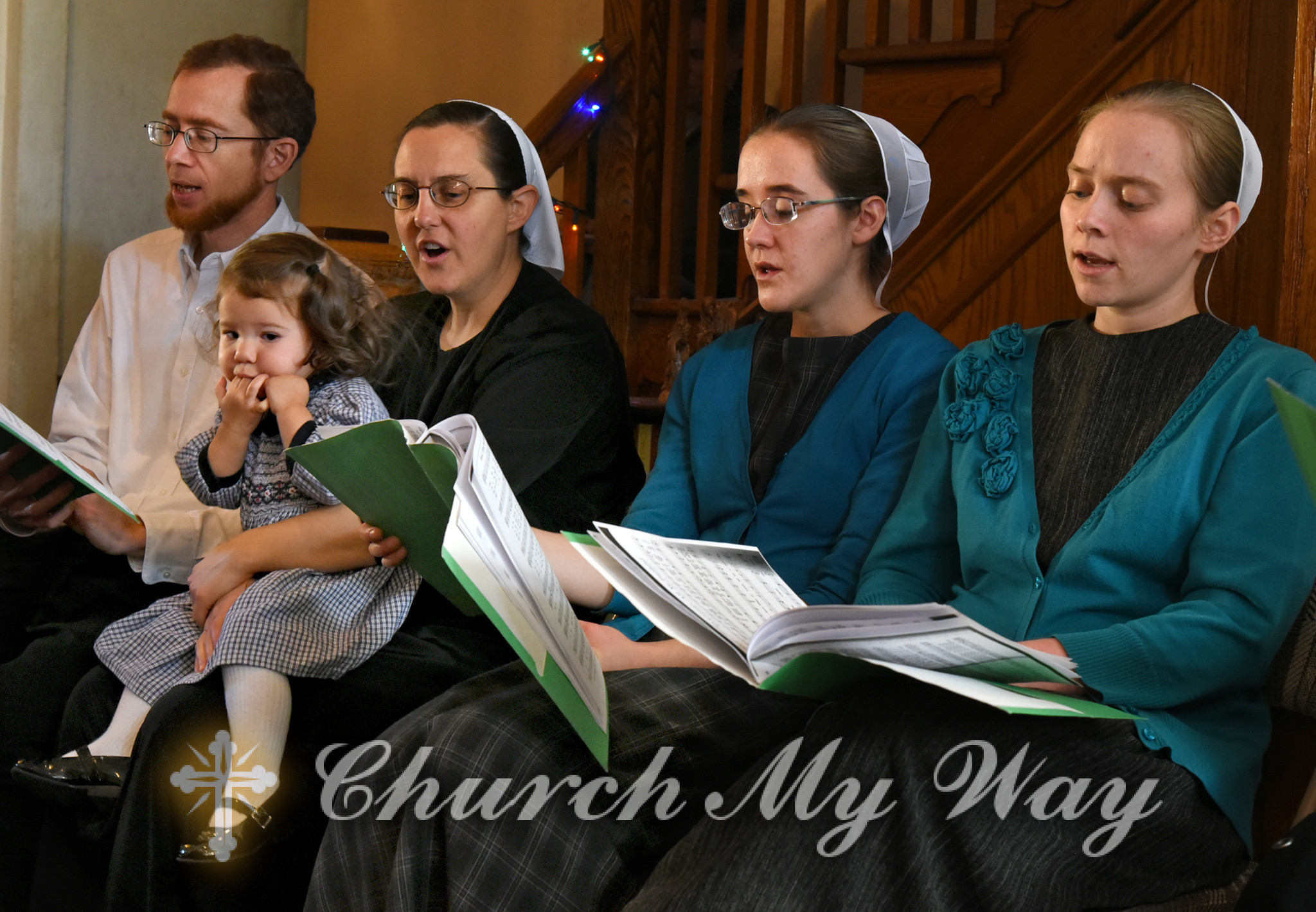 The Mennonites, on the other hand, are more open to change and embrace a more progressive lifestyle. They accept modern technology and have a less structured approach to running their communities. While they still embrace many of the same core beliefs as the Amish, they are more open to outside influences and modern advancements. They are also more willing to engage with the outside world, while still maintaining the core values of their faith.

Both Amish and Mennonites share a deep respect for family, community, and faith. They both strive to live a life of service to others and focus on living simply and humbly. Despite their differences, both groups seek to live in accordance with biblical principles and share a deep commitment to following Christ’s teachings.

The Amish and Mennonites both have a strong commitment to personal prayer and Bible study, as well as corporate worship. They both seek to remain separate from the modern world and strive to live out their faith in Christ-like ways. This includes helping each other in times of need, supporting each other’s spiritual growth, and caring for those who are less fortunate. Furthermore, both groups believe that it is God’s will for them to share the gospel with others so that more people may come to know Jesus Christ and experience His saving grace.

Sursa articolului in engleza: Amish vs Mennonite: What’s the Difference?